THE VENICE GLASS WEEK is the international festival that the city of Venice dedicates to the art of glass. The fourth edition, #TheHeartOfGlass, will take place from 5th to 13th September 2020. With a programme of exhibitions, demonstrations, guided tours, online events and more, this year’s festival will place a special focus on the “making” of glass: the artistic and productive activity which has been deeply embedded in the Lagoon City’s DNA for over a thousand years, and for which Murano continues to be renowned and celebrated around the world. The overlaying technique is an ancient technique, still widely in use today, obtained by submerging the blown artefact in a crucible with glass of different colour. Cased glass was the mainstay of Venini’s production with Tomaso Buzzi. He was very fond of this technique and explored it with great passion and commitment, and often turned to Venini’s glassblowers for advice. Buzzi devised a new texture consisting of five to seven ultra-thin coloured glass layers enclosing one or two layers of very thin lattimo glass. The new glass material was then decorated with gold leaf. The final result had a previously unseen play of color and a rich and fascinating appearance.
Buzzi’s glass was often pink, green-yellow or grey-blue. These colors characterized the laguna, alga and alba series, while the tramonto items had pinkish-red hues. 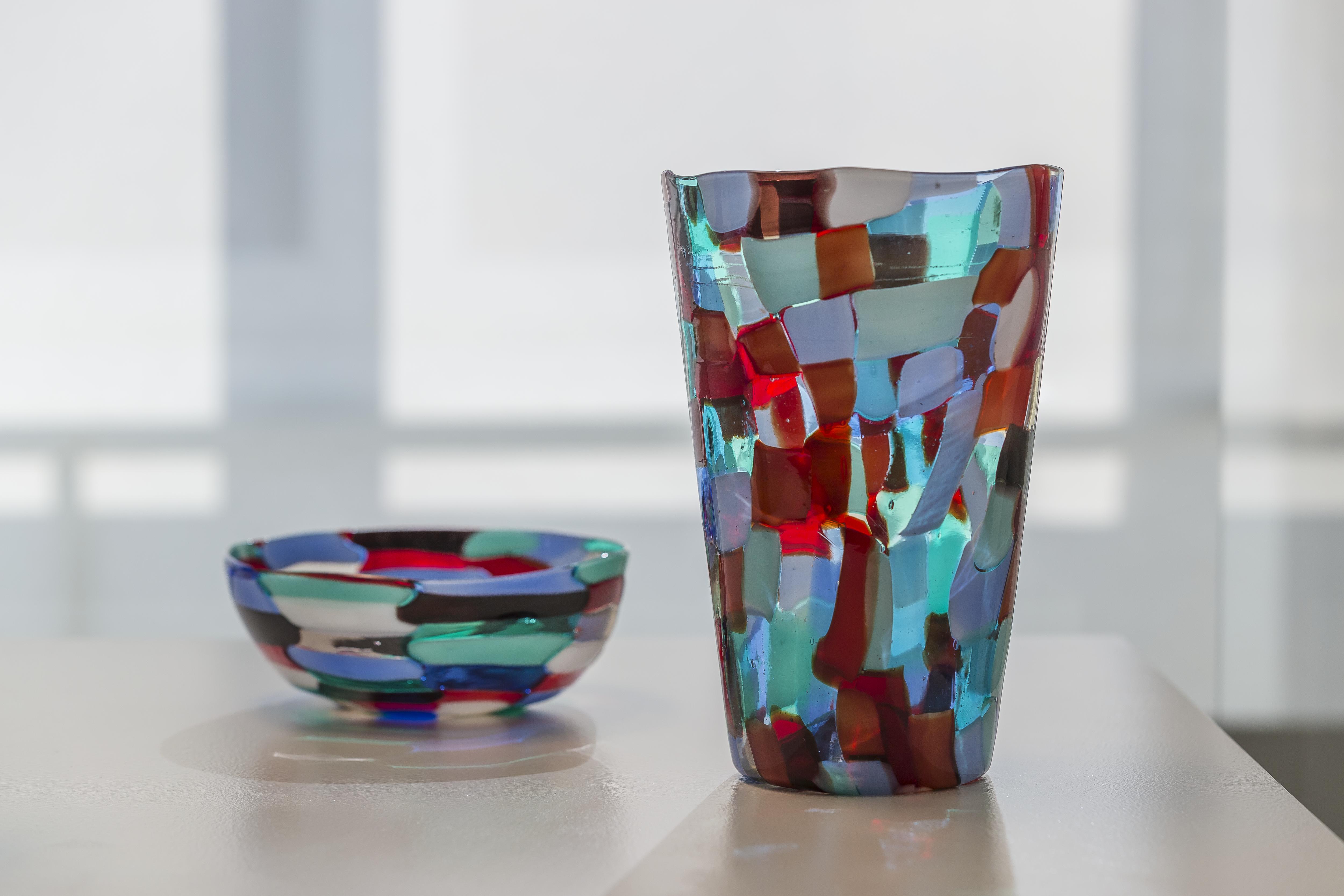 Posted on September 29, 2019 by Peter Gruenbaum Videos from my collection

Posted on September 16, 2016 by Peter Gruenbaum

I start with videos about my collection. Here you see part I. If you have any questions or if you need a price, don't hesitate to contact me: